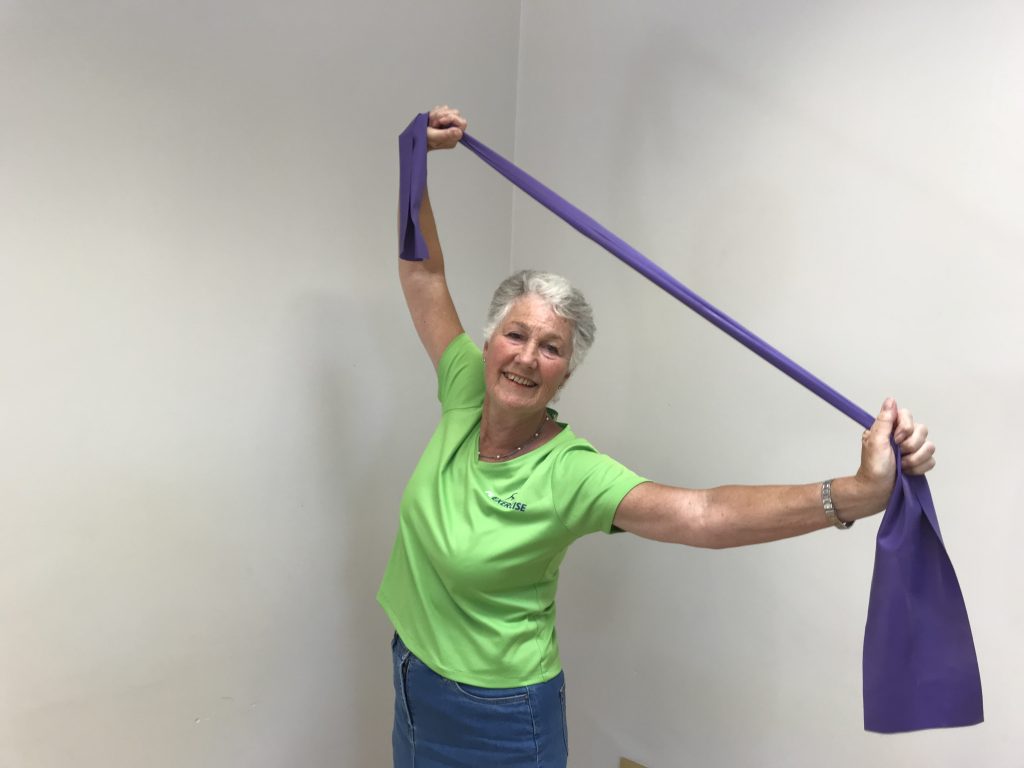 You strong woman! So said the workman who had been slumped on a seat to the side of me on the ferry. It seems he was amazed that someone of my age could stand all the way from Barbuda to Antigua, a 1½ hour journey. Admittedly he had been working to repair last year’s hurricane damage all day and I had been visiting the frigate bird colony on the island, climbing through pirates’ caves, swimming in the warm sea off a beautiful pink sand beach.

His day had been different from mine. I was eager to continue the excitement of the day by standing on the side of the boat looking for flying fish, dolphins, the possibility of whales and watching the sun dip gradually into the sea. He had to cross over to Barbuda again for another hard day’s slog after a short night at home. 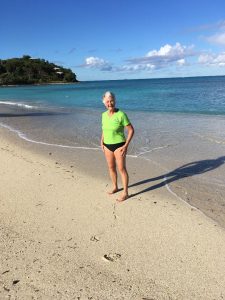 As I mulled over this remark there seemed to me to be two possibilities. Either I look a great deal older than my 75 years, or I was not behaving as a 75 year old should. I preferred the second option so began to dwell on thoughts of how an old person should behave.

It took me back to being at a wedding shortly after New Year when the music was playing and no one was dancing. The chances of getting anyone to join me on the dance floor, especially from the group of aunts and uncles of the bride I was sitting with, were nil. I felt so frustrated and remembered feeling just the same on New Year’s Eve when having actually succeeded to get my other half on to the floor. However, it wasn’t long before he said that the trousers of his 20 year old evening suit that he’d had to unbutton following dinner were not going to stay up for much longer and that was it.

None of our friends had the remotest desire to dance and venturing out on my own was not an option. The spectacle of a lonely, grey-haired woman behaving so oddly was the barrier. Is there something wrong with me I ask?

Age is no barrier

I reflected back to the dinner at the FLexercise event in Malvern when the DJ had been amazed to see so many of us up on the floor ready to go before he’d even played the first track. He couldn’t believe his eyes and several tracks later when there was no stopping us, he said ‘do know how amazing you are!’ 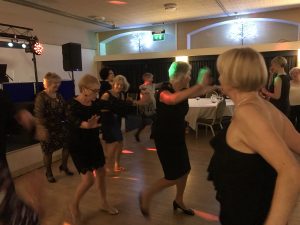 He’d never seen anything like it, the excitement, the passion for music and dancing and the astonishing energy put out by the group of mostly, let’s face it, middle-aged women. No inhibitions, no anxiety about making a spectacle of ourselves, in the company of like-minded friends, having a great time, age no barrier.

With my FLexercise friends I feel normal, with others the same age as me I feel ‘different’. 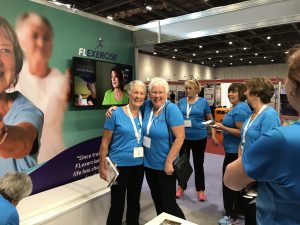 Where does the energy come from? Is it genetic, one of life’s chances, or is it the result of a lifetime of enjoying being physically active? The joy of movement, of being connected to and aware of how my body’s moving – even when it’s not doing so well – is an essential part of living as far as I’m concerned and always has been.

Most days start with walking Finn my Irish Terrier out over the common and through the woods beyond our gate. When the weather’s not great it can be challenging. 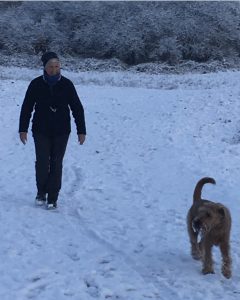 However, with the right clothes, it’s never as bad as it threatens to be. Walking outside in beautiful surroundings is a tonic for the soul, it’s thinking time. Sometimes it’s class planning time with Finn looking at me quizzically while I try out a few moves. It’s my time and space which sets me up for the day.

Even though retired from regular teaching going to classes is still an important part of my week. The FLexercise one I used to teach, a Pilates class and a Barre class which I absolutely love. I’ve recently joined a Contemporary Dance class which has taken me back to the days when I trained regularly as a dancer. These were some of the happiest days of my life I often think – it’s that mind-body connection thing.

Even knowing that the flexibility and stamina of youth is no longer there, it’s not enough to put me off, not yet anyway. I dread the day when it will have to stop but until then I’m going to dance until I drop!