Caring for someone with Alzheimer’s disease is very distressing and tiring.  FLexercise teacher Lucinda Rowles has given us a small insight into how she coped through her mother Jean’s illness. 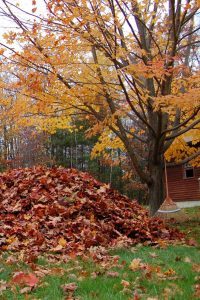 Lucinda became worried about her mum’s increasing forgetfulness because of the family history. She knew that Jean’s mother and brother had both been diagnosed with Alzheimer’s.  So, when Jean used hand-cream for toothpaste and squeezed ketchup on cereal, an appointment with a GP was made.

Initially, the doctor wasn’t too concerned when he met 78-year-old Jean until he asked her what she’d had for breakfast and Jean told him: ‘Oh that stuff that comes in cardboard boxes. What’s it called Lucinda?’

Lucinda, 55, of Chipping Norton, said: ‘From diagnosis, the progress of her Alzheimer’s was pretty fast, stressful and heart-breaking. Within a year mum fell and broke her arm and shortly afterwards, her hip and became too frail to cope alone.

‘From going to a day centre three days-week she went into a specialist unit. Of course, I tried to make it as homely as possible with her own duvet covers and photographs but it was so sad. I gave up my main, full-time job in order to travel the six-hour round trip to visit mum in Lincolnshire several times-a-week.’ 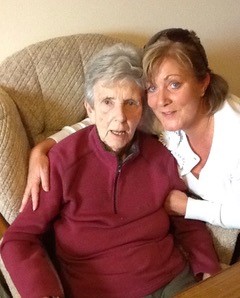 ‘I regarded it as my payback time,’ she said. ‘Mum had done so much for me, my brother and sister that I wanted to help her. Mum was really one of the lucky ones. She did not get aggressive; instead, she regressed and become like an anxious two-year-old, who wanted constant reassurance, her hand held and to be kissed. Sometimes it was very hard to leave her, she’d tell my husband he could go and cling on to my hand. You couldn’t argue with her, you just learned to let things drop and agreed because it was so much easier.’

‘Mum had always done FLexercise (or ‘League’ as it was known then). She was the one who’d inspired me to become a teacher. Often when I went to the care home I’d put on some music and mum would want to exercise. I’d just do little easy movements with her and other residents joined in.’

In between visits Lucinda was always waiting at the end of a phone in case of an emergency until her mum died four years after diagnosis.

Lucinda, like many carers, found it increasingly hard to switch off and while she knew the value of exercise, the long-term strain of long-distance caring took its toll.

‘I put on weight because I was so busy,’ she explained, ‘and I simply didn’t have time to look after myself. I found it difficult to sleep at night and took the phone into our bedroom to be ready to get up and go at a moment’s notice. If we went on holiday it was the same. I never felt I could relax and switch off.  My wonderful husband, Nigel, was incredibly supportive and totally understood because his grandfather had Alzheimer’s. 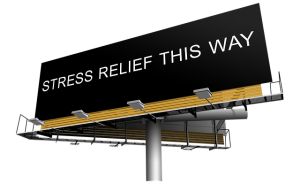 It was exercise, talking with Nigel, family and friends that proved vital to coping. As a FLexercise teacher, she knew its value for helping with relaxation, breathing and not thinking while the class is on.

‘It stimulates brain and coordination,’ Lucinda added, ‘plus help with posture, stance and core muscle strength. Plus there’s the social side – friendship, group motivation and positivity. A lot of our clients are slightly older and all of this is so beneficial, especially for those in the early stages of dementia.

‘And for carers, it’s an opportunity to set aside what has to be done and ease physical and mental tensions. When you are caring for Alzheimer patients, you often find they suddenly mentally depart and less and less frequently come back. That gets more and more difficult. If you care for someone else you need to prioritise care for yourself because you require a tremendous amount of patience and resilience.’ 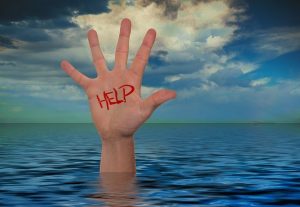 Key ways to help yourself as a carer: 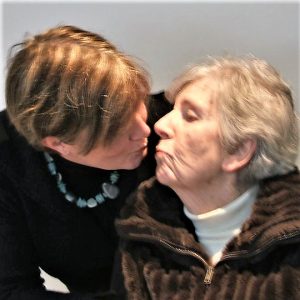