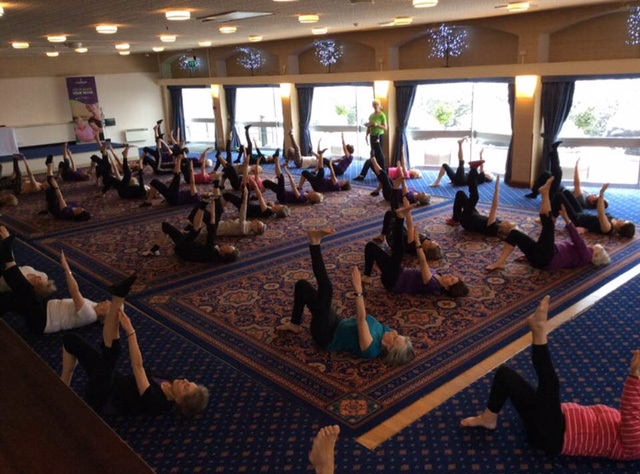 The Beast and Emma

From frozen seas to red alerts, all we heard about was ‘The Beast from the East’ and storm Emma.  Temperatures fell to less than -6 degrees. There were cold experts telling us to stay in and keep warm. 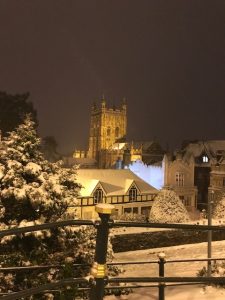 Buses stopped and trains were cancelled. The weather was expected to last the weekend and communities were cut off as snow showers fell one after the other. However, The Beast and Emma were not going beat us!

Margaret Peggie tells us about the event planning

The Spring into Malvern event was the icing on the cake of all the amazing work that FLexercise members had put into preparing for the weekend. The mix included weeks of rehearsing that producers and performers of items had put into the show. The choosing and trying on of costumes, making themselves performance ready, all of which was great fun, physically and socially. They had worked hard on their bodies, being part of a team and laughing a lot when things didn’t go quite as they should have done. The master class teachers had been trying out ideas during their own classes, finding out what was going to work, what didn’t and which music would be good, which wouldn’t. So you can imagine how we all felt when Storm Emma and The Beast from the East threatened our event.

For the Events Team

It was 2 years of planning, thinking of absolutely everything. Hotels, classes, the dinner, the raffle, the show in the theatre, lighting, sound and commentary.

The possibility of bad weather was thought about but no one anticipated the severity of the particular freezing cold episode. This threatened to sabotage the event for so many people.  The response to the event from FL exercisers was terrific. A  few inches of snow wasn’t going to put them off. 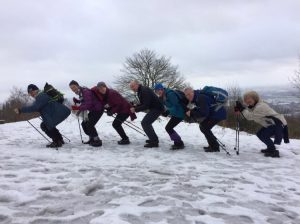 Hundreds FL exercise members had planned their packing, remembered their costumes and chosen what to wear for a master class. They’d thought about which outfit to wear for the dinner and how many layers of warm clothes they should take for the Sunday morning walk.  All of them were so looking forward to a weekend in the company of friends from all over the country, Scotland, Wales and Ireland as they knew they were going to have an amazing time!

And we did have an amazing time! The community came together, members slowly began to arrive from all over the country, even from Scotland! 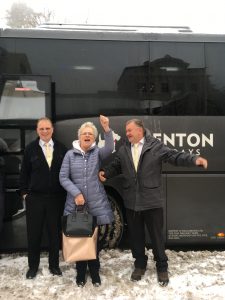 Sadly some of our performers and members were not able to get to us and we missed them. However, the show went on, master classes took place, and we finished the weekend with a gala banquet. Many of us danced till the early hours.

And finally, Caroline Quigley one of the event organisers summed it all up “A day that encompassed many twists and turns grew into something exceptional”