Mary Bagot Stack was a woman with a vision, she was a pioneer of women’s exercise throughout the UK and abroad. Perhaps you’ve never heard of her, but today is International Women’s Day so we’d like to tell you a little bit about our heritage and our founder’s vision. 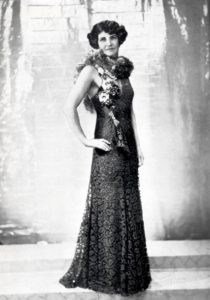 Mary Bagot Stack was born on the 12th June 1883, she was the daughter of a doctor. As a young woman, she became interested in physical therapy and studied this under a Mrs Josef Conn. In 1910 she used this training in Manchester for private clients and set up free classes for mill workers. Later, while living in India, she sought tuition in Hindu philosophy and yoga. Mary began to see the possibilities of combining the Conn remedial exercises, yoga movements and posture training.

Widowed and back in England, she lectured and taught her health exercises to individuals and small groups of children and young women. Initially, the classes took place in her drawing room with just Mary’s daughter, Prunella, her cousin Cinderella, and their two friends Peggy and Joan St Lo. However it didn’t stop there, Mary had a vision and big plans. She was undeniably a woman with a vision, who also had her own ideas, needless to say, it wasn’t long before she began to offer classes in exercise and dance for both women and children.

In 1925 she opened her Health School, with the addition of dance. The first ten students included Joan and Peggy St Lo. Prunella trained between 1927 and 1930 and graduated when she was just sixteen. Mary was a woman with a dream and in 1930, in true pioneer fashion, she founded the Women’s League of Health and Beauty. The venture had started out with no funding or sponsorship, relying only on the hope that if enough members joined,  it could be self-supporting. By 1931 membership was five thousand strong. 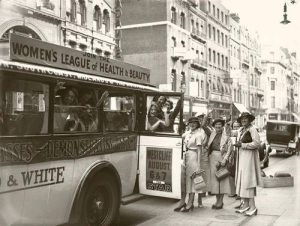 Sadly in 1931, Mary became ill, she recovered sufficiently to continue with the help of the St. Lo sisters, the young Prunella, and other trained teachers.  Sadly in 1935 and at a young age of 51, Mary passed away. However, by this time her League and the philosophy behind it were well established. And Prunella, despite being only 20, was well placed to continue her mother’s work. 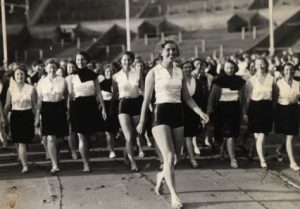 The movement expanded with mass displays in Hyde Park, Olympia and Wembley and shows in the Royal Albert Hall. Classes began overseas in Australia, New Zealand, Canada, even Hong Kong.

Rebuilding after the war

Then came the harsh reality of the war. The workforce needed women and many teachers had little choice but to stop running their classes. When the war ended it was important to set out and re-establish classes throughout the UK. So they relied on the spirit and resourcefulness of League teachers and the members across the country, and the organisation began to prosper again.

Where are we now? 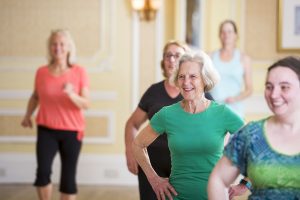 Nearly 90 years later, several generations of women have enjoyed and benefited from Mary Bagot Stack’s exercise system. Not only do we have classes held throughout Britain, but also in Ireland, New Zealand, South Africa and Holland. Our organisation is now known as FLexercise. We have always maintained a solid membership base, this is down to to the dedicated teachers and members.

We have seen exercise fads come and go. However, FLexercise is currently one of the fastest growing fitness trends in the UK just like it was in the 1930’s! As Mary once said, “Many of us have dreams, but do we have the faith to act on them?”