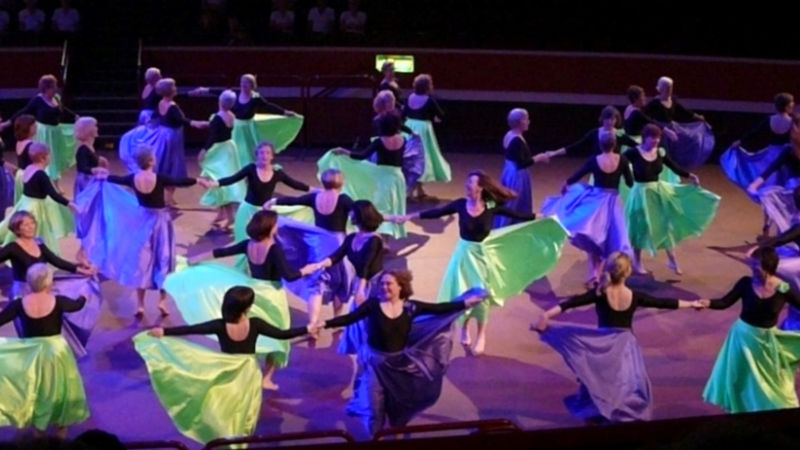 So says the old song which also sums up the FLexercise approach. One of the more distinctive elements of joining a FLexercise class is the notion of performance, or the way in which everyone is encouraged to think about the way in which they are moving, to add quality and efficiency for a better experience. They’re also encouraged to learn routines and to perform them with flair.

Why ever is that you may wonder?

It is a curious feature that ever since the beginning of FLexercise in 1930 (as the Women’s League of Health and Beauty), people have regularly been given the opportunity to perform learned and rehearsed routines publicly in demonstrations and shows either locally or nationally as in the wonderful Royal Albert Hall and have absolutely loved doing so! It is unusual and not often found in other fitness classes. 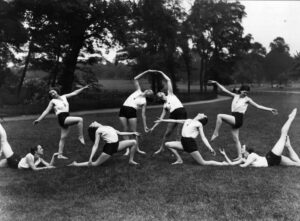 This is because the founder, Mary Bagot Stack, believed that training in her basic exercise system should be combined with dance in order to “achieve a rhythmic balance between mind and body, the intellectual and physical force”. Her watchwords were “health, grace and expression” – very fashionable in the 1930s.

Over the years the fusion of her exercises with a variety of dance forms has become the system found in classes today. Part exercise, part dance, again in her words “it aims to develop an equality of strength without physical strain or undue muscular development”. Her belief was that through achieving good health, people would glow with an inner beauty – hence the curious addition to the former name.

One such opportunity to perform routines to an audience was at the FLexercise 90th Anniversary Celebrations which were to have been held over the weekend of 28th March 2020. Two weeks before the nation went into lockdown the final details had been put into place. 1000 people were due to gather in Bath, coming from all over the UK, from Ireland and from as far away as South Africa and New Zealand. We were all set, ready to go and very excited!

Sadly, it was not to be and still has not happened. We postponed for a year but were still thwarted by the pandemic and now find ourselves wondering whether or not it is viable or better to postpone it further still until April 2022. Which is why we are consulting all our teachers, members and participants on what to do. The link to the survey is on the home page Please share your views with us!

Will those eager performers who spent hours rehearsing and have bought costumes which now languish in cupboards, be given the opportunity to show what they can do on the stage? Will they once again demonstrate that “rhythmic balance of body and spirit” they have worked so hard to attain? In front of an enthusiastic audience, of course, all of whom know just what an achievement it is!

Please take the survey by 10th October and let us know what you think!