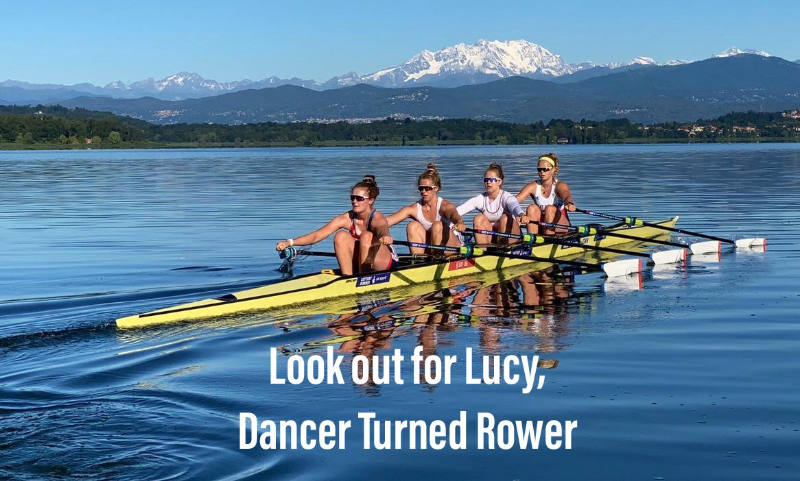 FLexercise Vice President Margaret Peggie is justly proud of her great-niece Lucy Glover who has been selected to row in the Tokyo Olympics in July.

Only 21, Lucy will be rowing in a Women’s Quad (four in the boat, two oars each) in the very important position of stroke. She sits in front of the other three, setting the tempo and rhythm for the boat. 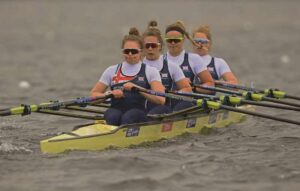 Lucy was a very good dancer, but after watching her brother row she decided to have a go. She loved it and importantly discovered that she had a rare natural talent for it. There can be little doubt that the skills she acquired dancing have transferred across to rowing and her position in it.

Dick Phelps, a distinguished boatman who supported the Olympic crews in the early 20th century was of the same mind:

Rowing calls for elastic muscles. I like people to be strong, but I often think
the finest training, though
it may seem laughable, could be ballet dancing.
The timing and perfection you see there could teach oarsmen something

This quotation is in the River and Rowing Museum in Henley. Well, of course ballet dancing or any other form of dance training can teach oarsmen, women and other athletes a lot. We all know that and it’s definitely not ‘laughable’!

Lucy, who lives in Grappenhall, trains at Warrington Rowing Club so it was lucky for her that her aunt lives in Henley. Lucky for Margaret and Pat too because they’ve enjoyed having her and members of her various crews staying with them for the regattas and team training over recent years. It seemed that whenever Pat boiled eggs for their breakfast, they won their races. Shame he can’t go to Tokyo with them!

The Olympic Games in Tokyo will be rather a strange affair, but nonetheless it will be an incredible experience for Lucy (who is no relation to the more famous rower Helen). Please look out for her so that you can cheer her along her way.

The British team is flying out on Tuesday 13th July – we will be watching her progress avidly, looking out for the promised photos.