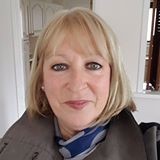 Changing an organisation’s name is not something to be done on a whim. Kim Davies, Trustee and Sales and Marketing expert, provides us with her thoughts on our re-brand process…

I was a member of The Women’s League of Health & Beauty in the 70’s and 80’s and then re-joined again and trained as a teacher in the 2000’s.  By this time the name had changed to The Fitness League and then more recently to simply Fitness League.

As a Trustee, I was concerned that new memberships and the attraction of new teachers to the organisation were in decline.  The choices were simple – do nothing until ‘The League’ disappeared completely or re-energise the brand and re-launch in the hope we could turn it around.

What was wrong with the name ‘Fitness League’?

Nothing, but research had shown that people outside the organisation associated ‘Fitness League’ with football, team sport or male exercise activity. It was perceived as competitive instead of being the movement and dance activity we actually deliver, despite our logo being clearly feminine and dance biased.

The Trustees’ decision to rebrand was not taken lightly. It was important for us to react to the changing landscape within the fitness industry.

The name of an organisation plays a monumental role in the brand’s image, growth and perception. It is crucial in how it presents itself to the potential customer. A new member or teacher will build their entire first impression on the name as if it were the first handshake in an introduction. The mismatch between the external perception and what we actually delivered had the potential to cause us big problems.

How did we approach the change process?

Our teachers and members were invited to submit possible names which were then shortlisted according to set criteria. The main one being the availability of a domain name.

We agreed on the name FLexercise through many discussions and a voting process and feel the new name works in a number of ways. It allows Fitness League to remain in a subliminal form (FL), but immediately conjures up exercise and movement with a flexibility element. It also conveys what we do, to people wishing to attend an exercise class and be flexible.

Our Re-branding Group, with the help of external Marketing support and contacts, produced imagery for the new name, logo, website, and collateral ready for the launch in September 2017.  Our heritage is powerful and important, so the process was intense, often with many initially conflicting ideas. We needed a strong logo, messaging, images and videos to strengthen the visual impact of FLexercise and yet provide viewers with a taste of what we are about.

There was a lot of emotion attached to some of the decisions, particularly around the ‘leap’ logo. Whilst the leap is iconic, it does not represent the audience and new members of today. It is very feminine and too balletic so the new logo has been designed to attract a more diverse audience whilst providing a link to our beginnings.  Some would say holding the mid-ground but we prefer to think of it as being proud of our heritage whilst looking forward.

Whilst the work continues, I believe the new logo and name provides us with a great platform for introducing our system to a completely new audience.