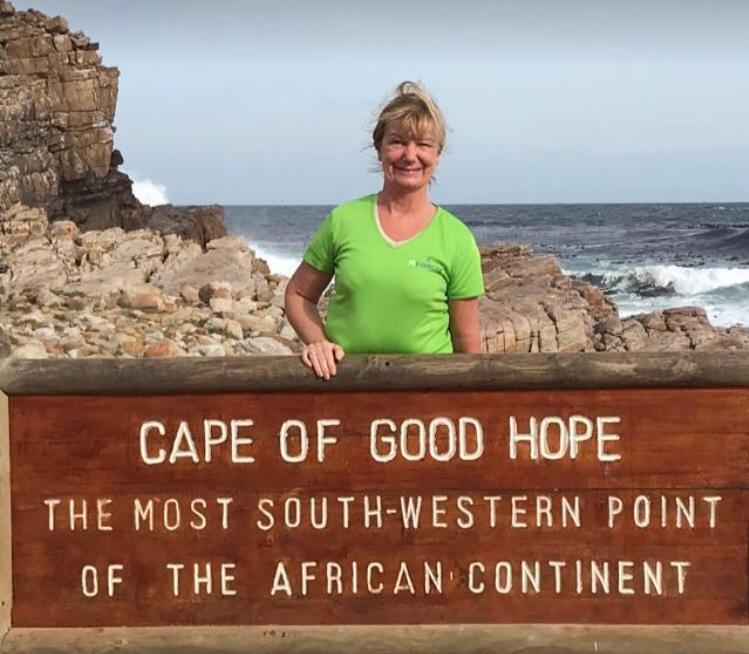 Heart disease can affect any of us but congenital heart disease or heart arrhythmia is a slightly different matter. Cardiac Physiologist and FLexericse teacher Janet Tate tells us of her story and how a rare heart syndrome has affected her and her family.

As a child, I was always ill in the winter with either bronchitis or pneumonia and then at other times, I was a normal little girl. At the age of three, I joined the ‘Women’s League of Health and Beauty’ and at the age of five, for no apparent reason, I started passing out! The doctors were unable to establish a reason for my collapses.  Unfortunately, I became ill again at the age of seven and it was then the GP said he could hear something in my chest. My parents had no idea that there was a problem with my heart.

Subsequently, I was sent for further investigations and it was discovered I had a large hole in my heart. It was right between the top two chambers. This is known as an Atrial Septal Defect or ASD. In December 1964 I had surgery to repair the hole. At the time, this type of heart surgery was still quite groundbreaking, and although I recovered well I needed a fairly long convalescence.

I continued to do well into adulthood, having 2 children without problems and training as an FLexercise teacher. I started having arrhythmia issues again in my forties, and last year I had a pacemaker fitted.

My career in cardiology

As a result of my early experiences, I became very interested in anything to do with the heart.  In 1974 I trained as a Cardiac Physiologist in Cardiac and Respiratory medicine. My current role is in Cardiac Ultrasound (Echocardiography), and although I officially retired last December, I still help out when needed. Last year I joined a volunteer programme and travelled to Cape Town, South Africa to Echo teenagers to detect heart disease before it could cause any problems to them. This was something very close to my heart (if you pardon the pun).

5 years ago my son became unwell, and after tests, it was discovered he too had ASD. The surgery was a success, but his heart went into shock and he had to have a pacemaker fitted. The similarities in our diagnoses and treatment made our Cardiologist investigate further. Following genetic screening, we were told that my son and I have quite a rare syndrome called Holt Oram.

What is Holt Oram syndrome?

People with Holt Oram have cardiac structural problems, ASD and cardiac rhythm issues. This explains both of us needing pacemakers. They can also have limb deformities below the elbow or below the knee, which can potentially be severe.

However, we are both very lucky and although I have a mild left thumb deformity my son has no visible deformity. 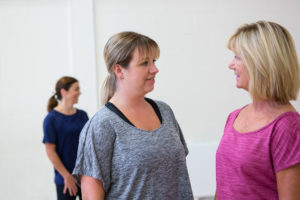 It’s a worry as due to the gene there is a 50% chance it can be passed on to my son’s children. Thankfully Nicole, my daughter who is also an FLexercise teacher doesn’t have the gene.

My family have obviously always lived with someone with congenital heart disease and have coped well. My knowledge of cardiology has probably been a help but sometimes it was difficult for me when my son was ill.

Since then my son’s heart has settled down and he has had his pacemaker taken out. He continues to do very well.

So all is well in the Tate family, we continue to exercise as we all know how important that is. My son goes to the gym and I, of course, teach FLexercise and walk a lot. Healthy eating and enjoying life is our motto!

We as a family continue to support The British Heart Foundation. I really hope that World Heart Rhythm week will help towards educating people about acquired and congenital heart disease.

If you’re ever concerned about your heart seek medical advice immediately.